IKARIA . THE ISLAND FOR LONG LIFE 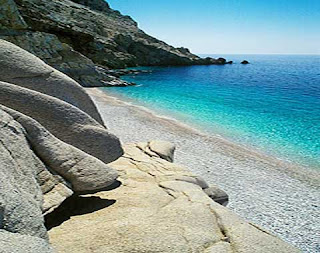 IKARIA was named for Icarus.
Icarus was banished to Crete along with his father Daedalus, after Daedalus revealed the secret of the Labyrinth for which he had designed. Icarus, with a pair of wings made from feathers and wax, attempted to escape from by flying away, however not heeding the warning of his father, Icarus flew too close to the sun causing the wax to melt and the wings to disintegrate which in turn caused Icarus to plunge to his death on the rocky shores of Ikaria. 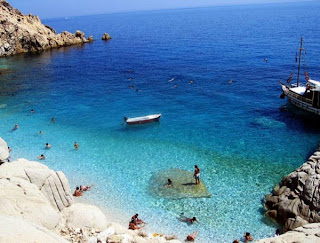 Ikaria is situated in the Aegean Sea between Mykonos and Samos. It is the southernmost island in the archipelagos referred to as the Northern Aegean Islands. Ikaria is a long, narrow island with an area of approximately 255 sq. km and a coastline of 102 km. 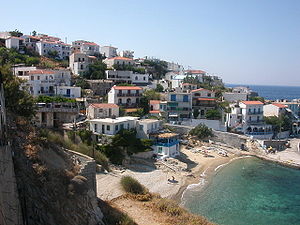 The main port and capital, Agios Kirykos, is a small yet quaint town on the southern coast of the island and is adjacent to the spa towns of Therma and Therma Lefkadas. The north side of the island is a beach lover's delight with its stretches of fine sandy beaches said to be the best in all of Greece. Ikaria is the ideal island for those looking for pure and wild nature coupled with clear seas and pristine beaches. 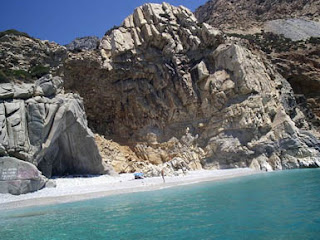 Posted by Greecetravelfun at 1:28 AM